VNIIGIS-ZTK has certificates of conformity for all its activities and a quality Management System certificate in accordance with ISO 9001:2015.
It is designed for monitoring and real-time path control of directional and horizontal wells and sidetracks drilled with mud motors.
Details

The MWD system with a combined communication link became widespread relatively recently (since 2008), and its operation principle is not yet well-known. Therefore, we have tried to explain its fundamentals below in a clear and concise manner.

The communication link of this MWD system is called combined, as it combines data transmission sequentially in two ways – first from the bottom-hole via a cable and then to the surface through rocks using electromagnetic waves. The layout of a drill string with the MWD system is shown in the figure below. 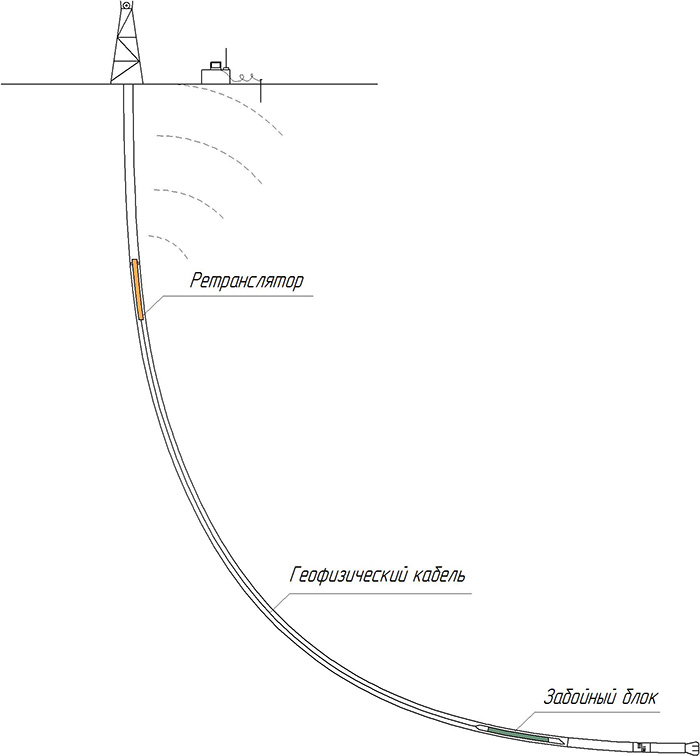 The bottom-hole assembly comprises a directional survey, vibration and gamma-ray logging sensors. Additionally, neutron logging, resistivity logging and near-bit modules may be installed. Data from the bottom-hole assembly is sent through a cable to the transmitter, which is usually installed at shallow depth. The transmitter sends data to the surface using an electromagnetic communication link. The transmitter may be located both in the open hole and in the casing string. Thus, data recorded by the MWD system sensors is transmitted from the bottom-hole to the wellhead sequentially via two different links – first via the cable and then via the electromagnetic link.

This type of communication link has a number of advantages. The first advantage is deeper operation versus a non-combined electromagnetic link. The cable section is usually made as long as possible, subject to certain limitations. The second advantage is easy recovery, and not just theoretical, but repeatedly proven in wells. This is especially important when working with ionizing radiation sources. The third advantage is the lack of dependence on the mud circulation and properties due to using battery power. The fourth advantage is the lack of dependence on the electric properties of rocks, which MWD systems with electromagnetic communication links are very sensitive to.

When this MWD system is used, drill string running starts with making up BHA, non-magnetic drill collars and orientation sub, into which the bottom-hole assembly will be later run on a wireline. Further, the drilling tools are run into the hole to a depth where the transmitter is installed. Using a wireline unit, which is part of our MWD equipment, the bottom-hole assembly is run into the hole on a wireline. The duration of this operation depends on the running depth and usually varies between 0.5 and 2.5 hours. 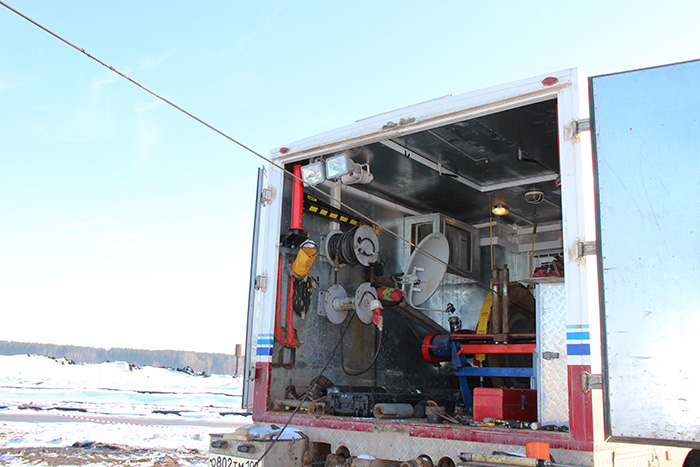 After the bottom-hole assembly is set into the orientation sub, the cable is cut and a connector is mounted at its end, which is connected to the transmitter. 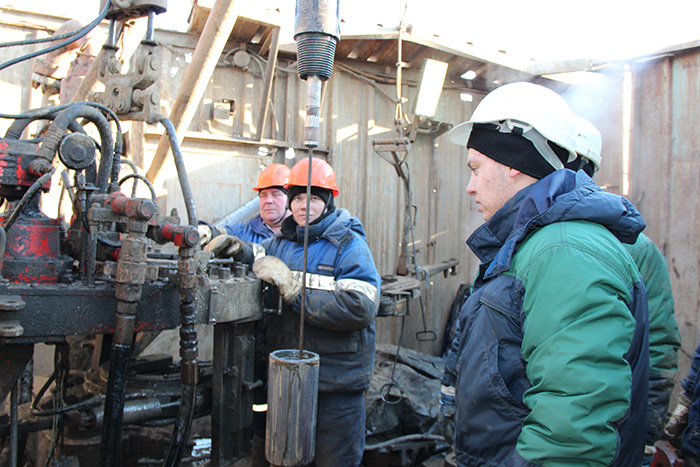 The transmitter is screwed on the drill string and then the tools are run to the bottom.

The wireline does not limit the driller's actions in any way: the MWD assembly can be rotated at max 40 rpm subject to limitations imposed on the mud motor by its manufacturer.

Contact us to learn more about specific features of operation, available typical dimensions, and prices of the equipment and services.

Thanks for your interest to our hardware.